“Mom: I can’t stop thoughts arriving to my mind”

A friend told me recently that her daughter, barely five years old, had surprised him with this comment as he carried her to a birthday party. Sitting in her seat in the rear seat of the car, he showed little overwhelmed and confused. It is not the first mother tells me something, but in this case it is particularly significant that the girl considered thoughts came to him from outside ..

This is not the plot of a fiction film, much like Invasion of the Body Snatchers, nor in this case is the result of mental illness or a punctual and temporary situation. After discarding everything disposable with the psychologist, the conclusion was immediate: it is certainly another girl more struck by what we call overstimulation. In 1997, eighteen years ago, I published a book on the consumption of synthetic drugs among adolescents, which referred exactly to this situation. No doubt we are facing the most overstimulated generation of all human history. As recently as 50 years ago we received stimuli from abroad they were very limited and modest in relation to which we received today. It was essentially stimuli from our immediate surroundings, family, friends, and the few hours a week we could spend watching a TV channel in black and white, or listening to a radio program.

Today, any child of ten of our environment, has received much more information than any other homo sapiens of those who have been here in the last 40,000 years. He has seen pictures of tyrannosaurs running around a forest, where until a century ago or even knew of its existence. Images of deep-sea fish, animals and insects of any point on Earth, recorded on the surface of Mars by a robot, actual sequences of the heart pumping blood or cells doing their job in our immune system VCR. Things that no ancient sage dared to dream, and a volume of information very difficult to manage. Incentives to all your senses: synthesizers, sounds and previously unheard rhythms, food from five continents, gum to the first few minutes they know passion and then berries Australian forest … They’ve stopped counting the types of cereals there on the shelves of supermarkets? And the yogurt?

But these children not only receive stimuli from their usual environment, but we insist on “enriching” and fill absolutely all his time with more activities on many occasions. An absolutely cornered leisure, combined with theatrical cartoon series, raucous games 3D games and all applications to fill their phones, tablets and heads.

A few years ago that different experts, such as the research group sobreNeuroplasticidad and Learning at the University of Granada (UGR), warned about early stimulation could influence the learning process. The psicobióloga Milagros Gallo, stated that: “The training too complex, before the system is ready to perform them, can produce permanent deficits in learning ability throughout life.”

The problem is that overstimulation, as do synthetic drugs, it causes what we call “tolerance”. That is, the body gets used to regularly receive a dose of stimulus, until there comes a time when not satisfied that dose. What do you do? It’s simple: look for a higher dose. Children living this effect are becoming less sensitive to environmental stimuli, and increasingly need. They become hyperactive, or is discouraged as his imagination and creativity are shrinking. It costs a lot of time focusing on one activity, and feel their thoughts jostle each other.

It may seem paradoxical, but we need more than ever that children have time to get bored. We need to take time every day to carry out activities not previously structured, organized and controlled by rigid and predetermined rules. They must have the opportunity to create their own structures, rules and parameters. I think that adults who are not able to innovate, to adapt, change or evolve and bring something to the lives of those around them, children are often deprived of the possibility to create and experiment. You need to be able to explore, and the possibility of being wrong.

Define boredom and lack of motivation that encourages physical or mental action. So, if a child is bored and wants to act you must end by finding or creating their own motivations. That will ultimately motivate themselves. And not fit them doubt it will. A boy or a girl in a park, with a stick, sand and a few stones create a whole world. Sitting at a table with a box of clips clothesline, organize a car race will develop a battle or perform any type of construction. A blank sheet, a pencil and several markers will lead to all sorts of creations …

The children of today, more than ever, need to have unstructured time and led by their elders. Overstimulation, constant external motivation and continuous chain of tasks and activities planned saturate them, overwhelm and choke his need to create.

Summarize my main recommendations in the following ten:

Make sure that your children / as have frequently unstructured time. True free time!
Reduce extracurricular activities to the minimum necessary. Prioritize and take into account those that are initiative themselves.
No forward their demands, do not burn too early stages. They need to stop and savor every age and every stage. Respect their rate of maturation.
Interact and play with them if asked, but not organize or develop the standards.
Control access to the Internet and new technologies. They should become priorities and shape their main form of entertainment. Set schedules.
Distancing the use of computers, tablets or mobile phones when going to bed. Sleep is essential, and the brain needs time to return to normal after the stimuli received during the use of these devices.
Monitor the series of cartoons that look. Check if you are able to see a chapter and in what state is later. Some generate a state of very considerable anxiety.
Your children need contact with nature. It sets the pace acts as a true balm. They need to touch, smell, feel and experience in open and natural spaces.
Control unnecessary noise. If someone wants to watch TV at home, listening to music or discuss, others do not necessarily share.
Give all possible consideration to their comments, questions and comments. Nothing you say is superficial, although at first we can not understand what they are trying to tell us.
(This does not mean that the overstimulation is the answer to all similar cases. My intention is to only provide resources and ideas for parents who can relate) 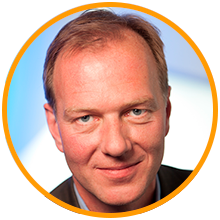 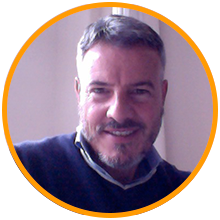 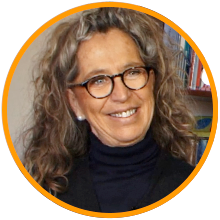