We are in a time when collaboration is vital!

Sophia Education team thinks, as UNESCO, that we should rethink education to help children to achieve XXIst Century Skills, broader than nowadays curricular contents are.

Sophia’s programs are prepared to help in transition. 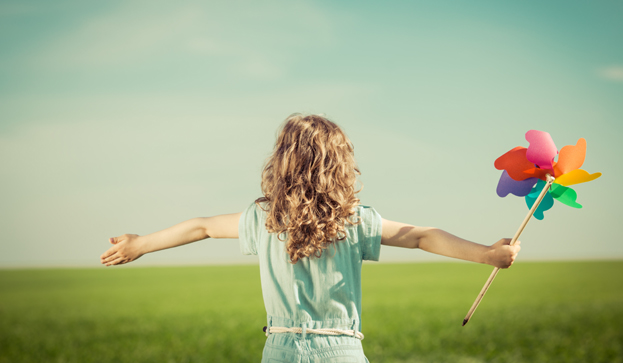 7 reasons to use cell phones in the classroom 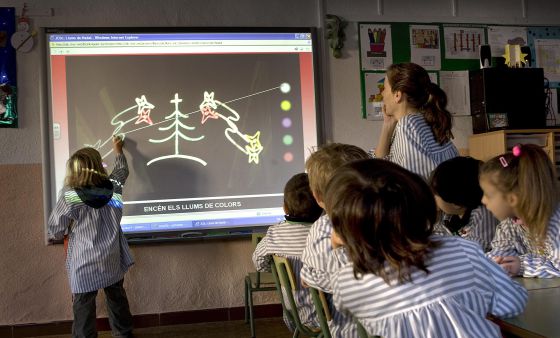 (Authomatic Google translation) “Turn on cell phones.” When this will be the first sentence that the teacher tells his students entering the classroom, rather than shutdown, the change will be real. In today fully digitized input that education has no turning back. Many will recall that the same happened with calculators decades ago. To be forbidden in class, came to be used to learn. Once the child knows to add the utility to solve more complex problems is evident. Well, so does the technology is today. All media (phones, tablets, laptops …) are useful to learn. And not just in the classroom. Learning has become ubiquitous and the class has lost its prominence. This is one of the theories of international experts who will be on the table during the XXIX Week Monograph Education Foundation Santillana, which starts tomorrow in Madrid entitled Improving education: what technology can bring? To warm up, we present the main reasons are being used worldwide in all media class:

– The student has all the information. The move, interchanges, network shares, inside and outside the classroom. Thus, learning intuitively, without even being aware. The mobile is key for students. “There will come a day when the teacher told the students at the beginning of the class: ‘Turn the phones’, instead of telling them to turn them off,” explains a very graphic Director of Education Santillana Foundation, Mariano jabonero. Long ago it was said that since the computer mouse had become an extension of the arm of the new generations of children and youth. But now it is even your mobile.

Using apps to supplement the educational syllabuses becoming a reality. The industry estimates that there are over 80,000

– The class is not the only place where you learn. Using appseducativas to supplement the syllabus is becoming a reality. And initiatives to create entrepreneurs are becoming more numerous. The industry estimated that there are currently more than 80,000 educational apps. Are free and help increase the motivation of the student. Many teachers and experts insist on its use in the classroom. The contents come from outside the classroom and enter the technology through mobile or other media.

– The teacher knows how students use technology. “The topic that students use more technology and are more familiar with her teachers is broken,” recalls Jabonero. This premise was repeated ad nauseam for years is no longer true. Everyone uses the technology in their everyday life, professional, or send e-mails, surf, play games, listen to music and, yes, some even to teach. And not to mention that many of the teachers who play such a non-university education already belong to generations that were born in the era of technology.

– The transformation of educational technology has three legs: the digital resources which are provided in the classroom and students (from whiteboards to computers), monitoring of teachers and curriculum digitized. And resources are not overdue, experts emphasize. In fact, 85% of secondary schools in the countries of the Organisation for Economic Cooperation and Development (OECD) and in 2012 was equipped with desktop computers; 41% of laptops and 11% of tablets, according to this organization. The following steps are digitized extend the curriculum, as well as monitoring and supporting teachers with teaching materials.

– Teachers no longer teach in courses that use the technology. They are not the solution. It is more than proven. Today the track is already done for educational technology experts in the schools themselves, explains Jabonero. They support on the ground in the use of all the tools that make up the digitized curriculum (which has multiple resources such as animated illustrations, videos, virtual tours, forums …). Many experts cite the example of the importance of this support the case of Uruguay. Computerize all schools, but did not give teachers tools to use these new resources. The conclusion was that lower student achievement, as was seen in the results obtained in the PISA international evaluation program, the OECD.

85% of secondary schools in OECD countries in 2012 were already equipped with desktop computers; 41%; Laptops and tablets 11%
– Public spending on technology grows more advanced countries, though lower spending on education. Countries like the United States and England have followed this line in crisis. But not always investing in technology for education has resulted in improved performance of students. In fact, some of the countries that invest less in it (such as Finland, Japan and South Korea) go to the top of the OECD Pisa test in the same way as others, however, invest a lot in it (such as Singapore, the Netherlands and Estonia).

– In recent years, we have created the figure of ” Tech Coordinator” in schools. Precisely for the reason above. To facilitate its use in order to result in a better and more effective learning system for students. Numerous Spanish centers already have them. The “Tech Coordinator” is the supervisor responsible use of technology in the classroom. Tracks teachers and adapting the curriculum of the center. 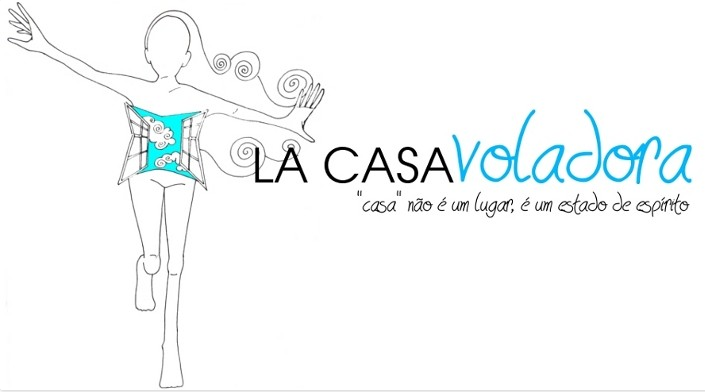 We like the magic of Noemi in La Casa Voladora, next to Barcelona, a line of investigation on education is born. You can explore the link here. 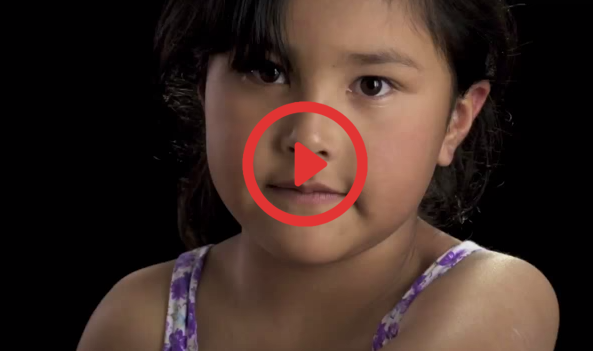 This video show us that we are not in the society we would like, appreciating the difference. We hope the video helps you to think about the racism question. 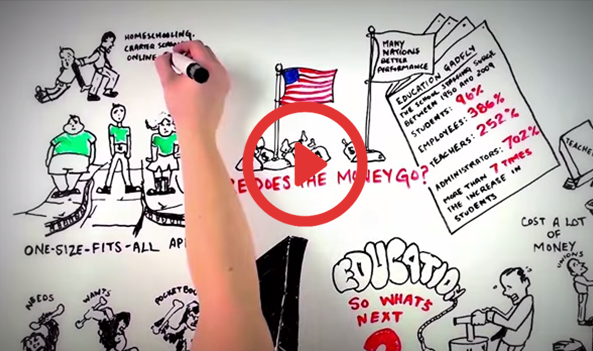 Fortunately this video gives to the information of a part of the problem (being the problem where is destined the money in education). Please, share with us the figures in Countries different from US. We need to know where contributor’s taxes are actually. 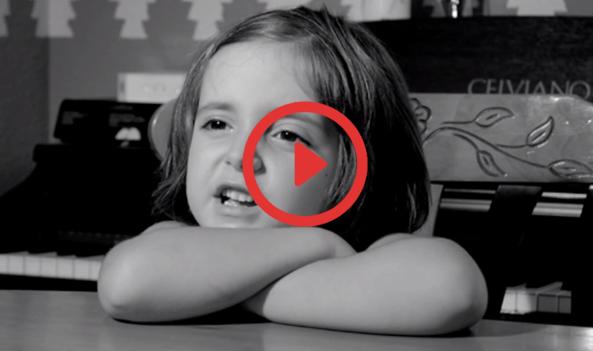 We  found the video only in a spanish version… but the message is Universal. We need to review all our labels about our kid’s future, about what we think jobs access will be or which skills are really needed.

Like video says, and we fully agree: There’s nothing that you can make today that guarantees you money for next 20 years + Money helps in solving situations but doesn’t give sense to live + Doing things you are passioned about, could open you a door + If your life doesn’t allow you: Playing, Dancing, Living … then: Change your life!

If you read about the practice of meditation benefits, you will find a long list:

It helps in physical relaxing as mindfulness helps in retraining the body functions, so that the use of the necessary energy becomes an efficient process and the person is in harmony with the body. Gives us more aware of the processes of thought, even if the thoughts exist, we aren’t dominated by the mind and this not disturbance always plays to our advantage. It also helps in improving the managing emotions, for the same reason, emotions are recognized but not identified with a single, there is more inner peace. With continuous practice of meditation we expand consciousness, making the inner dialogues don’t distract the mind, and we foster both self-understanding and self-knowledge, including the own system of beliefs. Additionally, high levels of calm mind, promotes the ability to be creative and development of memory, as we set aside inhibitory emotions and we become friends of being aware, the best ally of memory. Finally, without being a restrictive list, meditation helps to promote spiritual development, without necessarily tying it to a religion, but with all the value in any case entails. 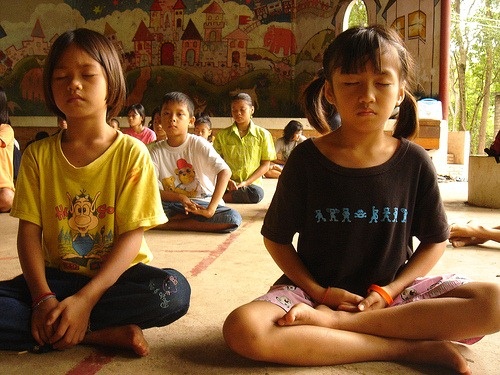 We saw in the ‘es’ magazine there are schools that are encouraging the habit (or art) of meditating, congratulations! Hopefully soon to be a very widespread practice!

Education will become understanding rather than knowledge 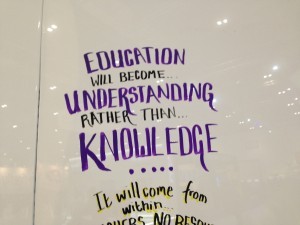 Never should have been otherwise. Teaching is an art and content is an excuse to play it.

Now teachers walk resolutely towards a little busy place… so far the trend is clearer in some geographies and less on others, threatened by a specific situation of the country, but this is unstoppable.

The Ed Tech (education technology) enable customization of content formation and will be when this is settled that the teacher will be able to exercise their involvement in the growth of the child, when, as professionals and individuals, are the epitome of understanding the concerns of the younger generations and their relationship to worldly things.

What privilege to witness this great change!